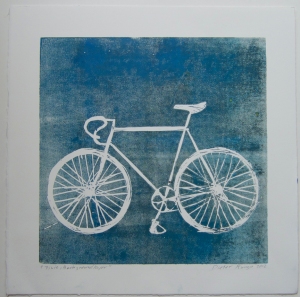 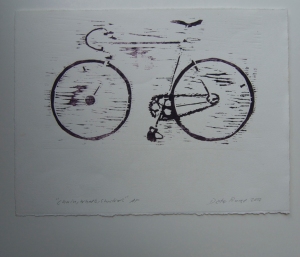 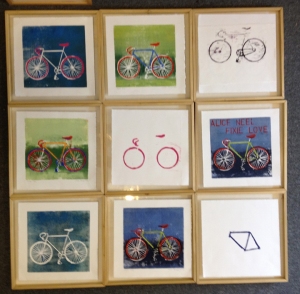 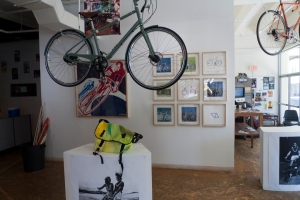 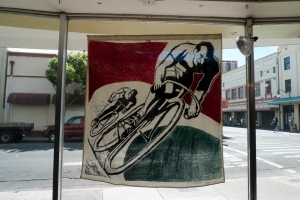 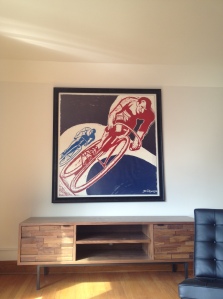 My last full time job in New York was bike messenger. For a good year and a half I was out on the mean streets 5 days a week, 7-8 hrs a day, summer, winter, spring and fall.  After my first six month my 12- gear bike got stolen and I got a Panasonic track frame from the small anarchist messenger service I worked for and put a fixie together. Nobody called them that back then. It was a track bike, ridden by roughly half of New York’s messengers. Nobody else rode one on the street in those days. That x-mas I moved to Light Speed where a fellow rock’n roller worked. Light Speed was one of the best companies with 3 dispatchers and about 140 riders. If you wanted to make money you rode every day, fast and reliable.  The dispatchers liked you and that’s how you got the better jobs, crossing zones, rush deliveries, oversizes and you still worked when it got slow, like during lunch, which I often ate in elevators or even on the bike. I started early and liked to be done around 4:00 PM, before my focus waned and all the workers in the office towers flooded the sidewalks and streets. I got run over twice, deliberately, had a crowbar and a baseball bat swung at me,  got yelled at and yelled myself, catapulted over the handlebar, slid out on metal plates, on ice, had my breath in a wool scarf, that was wrapped around my face, frozen solid, stopped by cops numerous times and remember riding down Broadway singing on top of my voice. Bikemessengering attracts independent spirits. While what you are doing is set, the way you are doing it is up to you, you can dress as funky as you want and nobody leans over your shoulder. I made a video on it. It is described in more detail in the post Mystik Mood.

In 2007 after visiting Germany and staying in NY twice, I decided to put another fixie together. It would be fun to put together, to ride one again and help me manage the parking and commute to and from the UH Manoa campus. It was a project that my friend Stephen and I worked on together. The only fixies I saw on Oahu at the time was in and around the art building.

I welcome that fixies have arrived in the mainstream, because it seems to help bring more people on bikes. I love the aesthetics and there is a lot of room for personal expression. I see more and more  kids riding fixies (or single speeds). The more the better.

Eventually it became inevitable to make some bike prints. 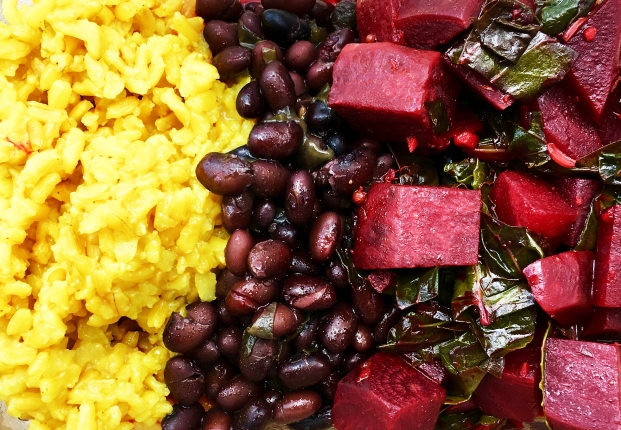 Shedding Light in the Darkness